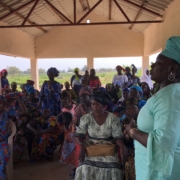 Recently Just Ideas Director Helen Garforth travelled to the Gambia with charity Caplor Horizons to facilitate training with two different local organisations. In this first blog from the trip, Helen describes the motivation behind the journey and some of the stories that have inspired her from this project.

“I have recently returned from The Gambia, where I was part of a team from charity Caplor Horizons, working with two local organisations with whom they have long-standing relationships:

Firstly with Tarud, an indigenous community based organisation supporting a number of livelihood, development, environmental and educational projects in and around Gunjur, we delivered the latest in a series of staff and partner training days – incorporating professional and personal development, and exploring partnership working.

The next four days were spent with United Purpose The Gambia, supporting a collaboration between six women’s marketing federations as part of a wider programme of nutritional sustainability and bio-fortification of food crops.

Representatives from women’s gardening and farming groups across The Gambia gather into six regional federations, and recently have come together to form an ‘apex’ organisation – Sosolaso – to explore how their collective voice, and sharing learning and experiences, can support women growers to not only improve the health and livelihoods of their communities and support other women to develop as leaders, but to market their produce wider and more profitably.

There are so many stories I could focus on in this reflection, such as:

The inspiring young man who is now working for Young People without Borders (a partner of Tarud) who told me how the death of his father drove him to look for ways to support his family financially, and to embark on a journey to the UK ‘the back way’. How a key meeting at a point in that failed journey has led to his current passion for supporting other young people to have a viable livelihood in their home country.

Or the grandmother who was able to look after her grandson whose mother died shortly after childbirth, due to the support of the village Mothers’ Club, and the gruel they were able to make to feed him on out of local improved millet. We met the bouncing three-year-old who likely would have died along with his mother without that support and knowledge.

Or the Programme Director of an NGO – a wise, strong and gentle man with a passion for justice and a better livelihood for the people of The Gambia – still fighting for these things despite a year of imprisonment without trial, in solitary confinement, for supporting the rights of farmers, and ending up on the wrong side of the previous regime.

Or the NGO Director declaring Gunjur a Plastic Free Town and mobilising people around ocean waste and turning plastic picked off the streets into floor tiles.

Or the women who have become trail blazers, encouraging their communities to grow newly introduced, more nutritious varieties of local produce (the OFSP and the ALF – my favourite acronyms of the trip!) to combat malnutrition.

It is these women, gathering together in regional federations and now Sosolaso, who are going beyond encouraging growing and consumption of these local hero crops, but working out ways to sell the surplus, develop marketing information systems to enable them to have a more competitive place in the local markets, and accessing processing knowledge, innovation and machinery to turn surplus crops into products they can use year-round, and sell.”

Caplor Horizons have produced some films, thanks to Gareth Jones being with us on the trip capturing on film some of the amazing people, sounds, ideas and successes. ” 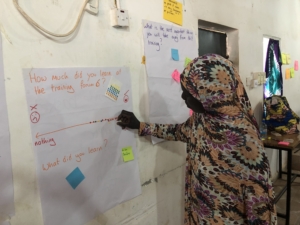 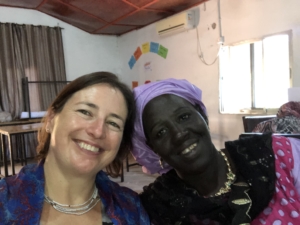 Helen’s next Blog from the Gambia will focus further on her reflections of the trip. 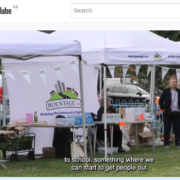 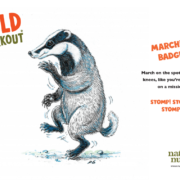 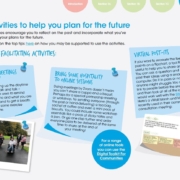 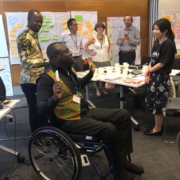 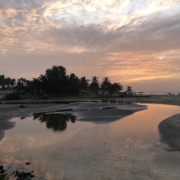 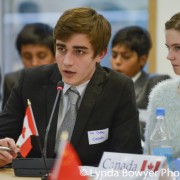